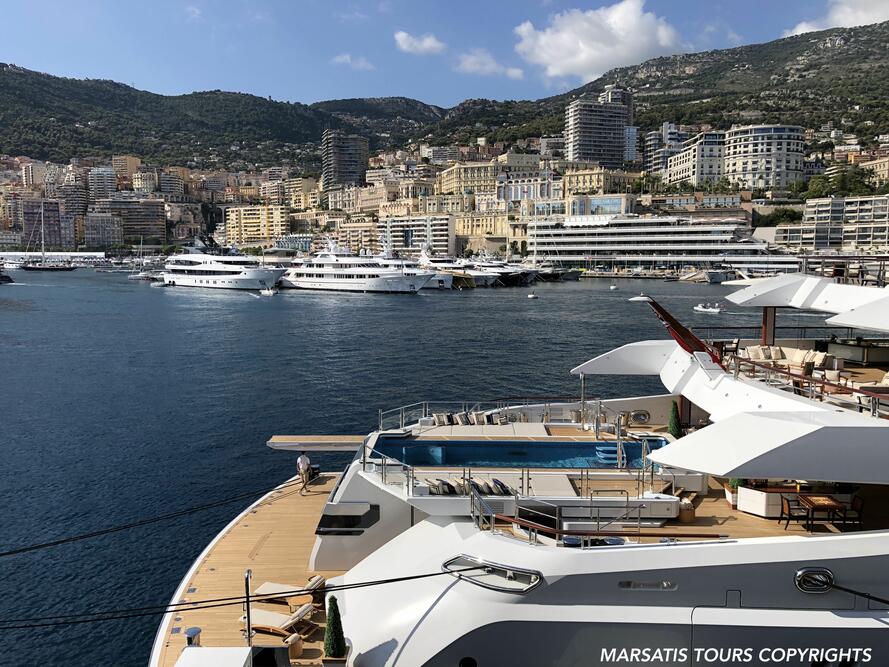 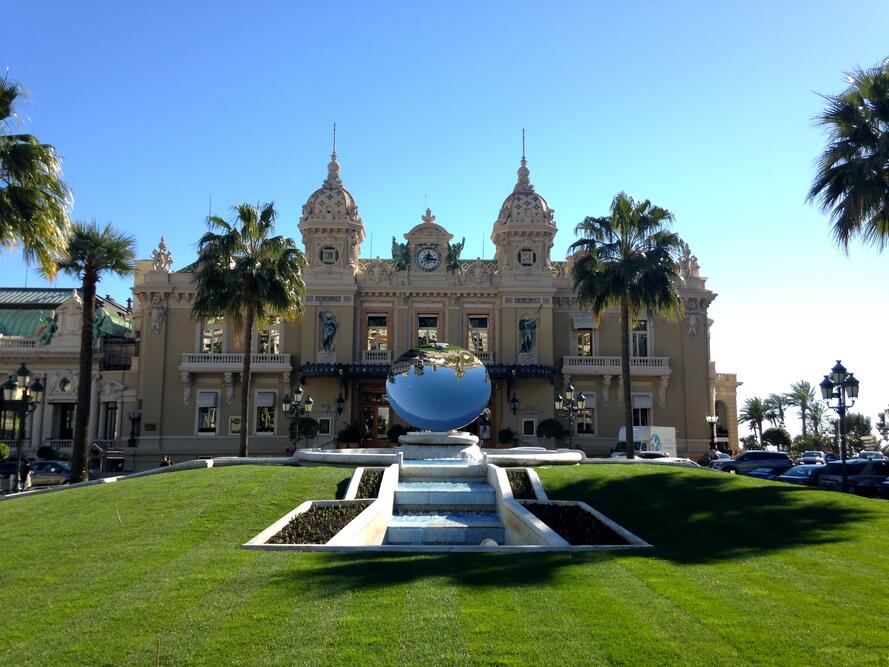 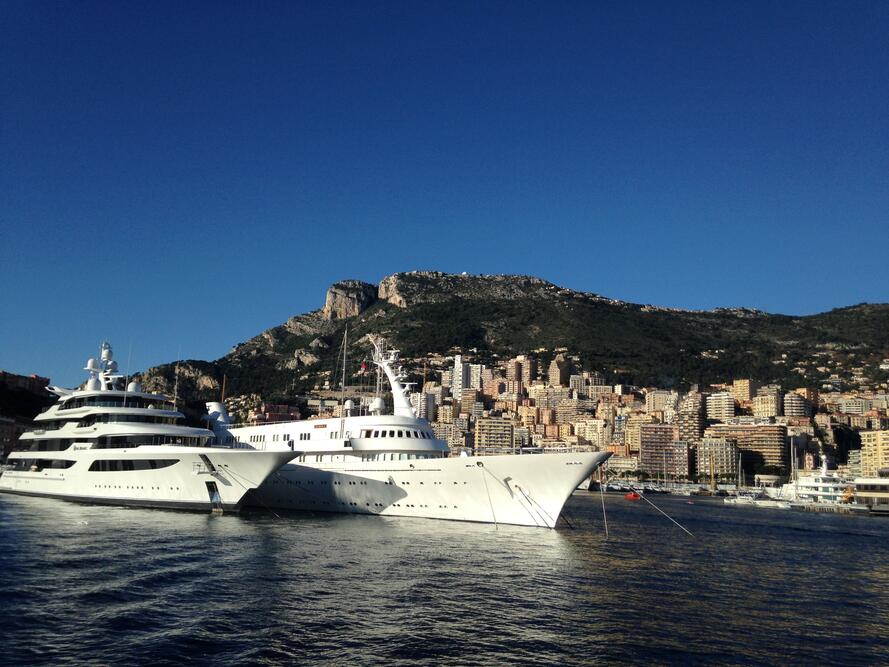 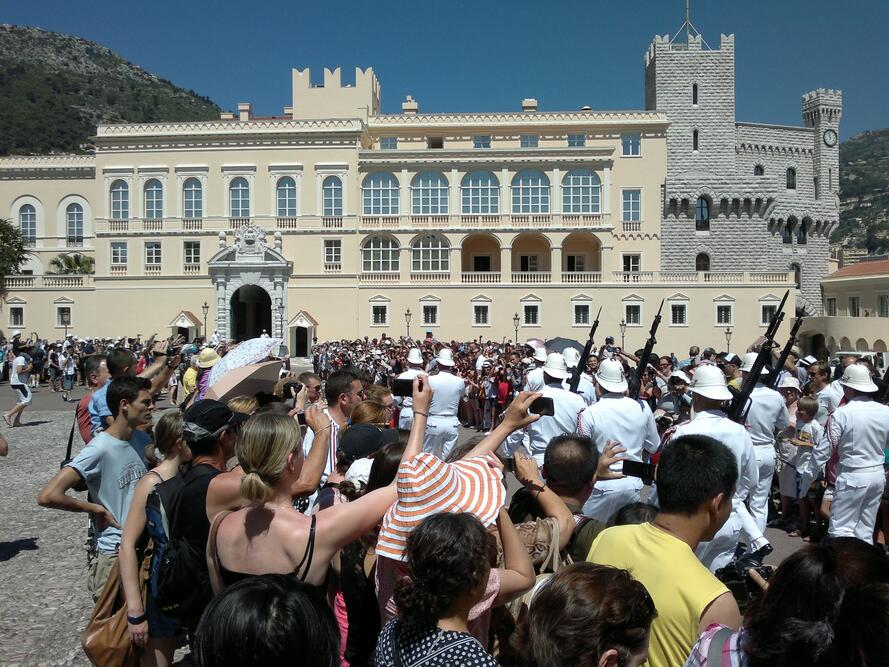 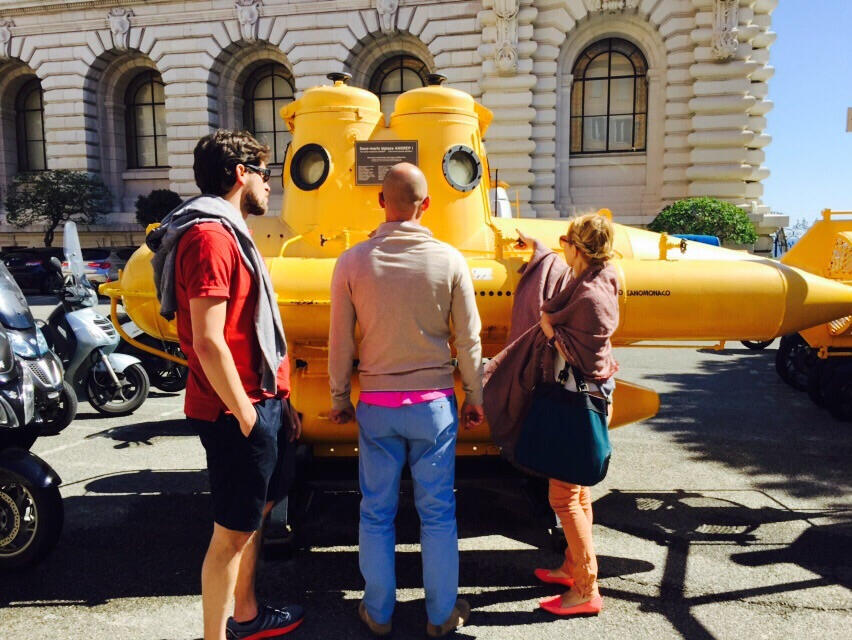 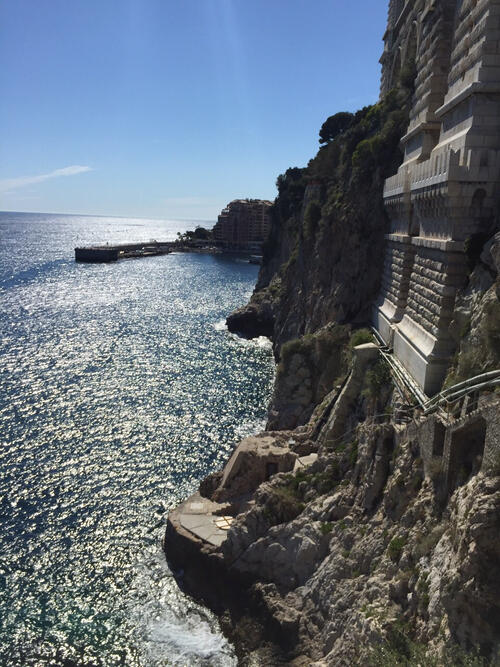 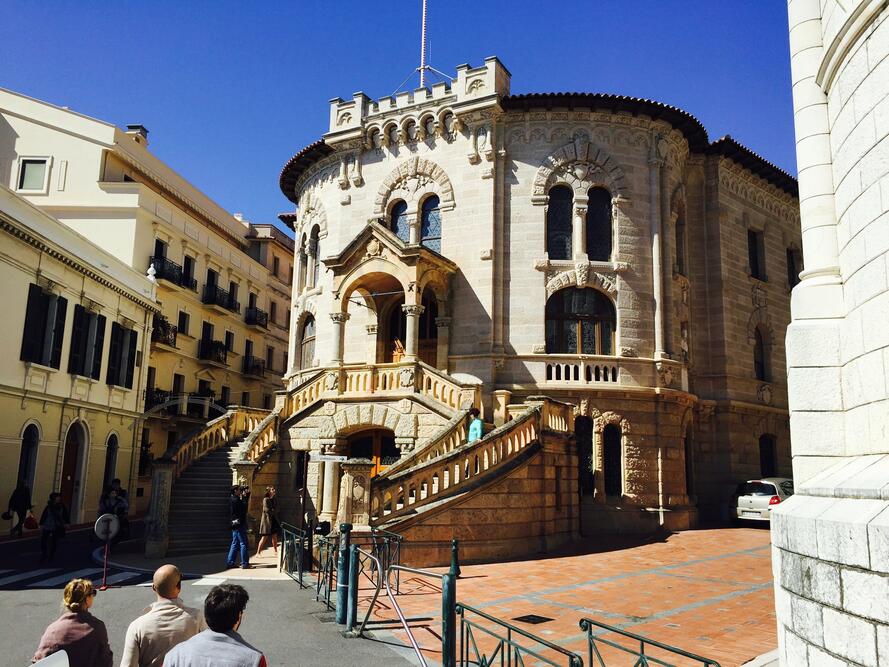 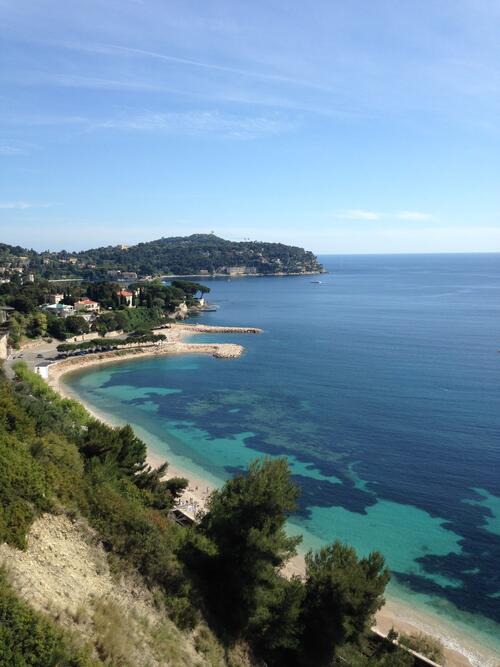 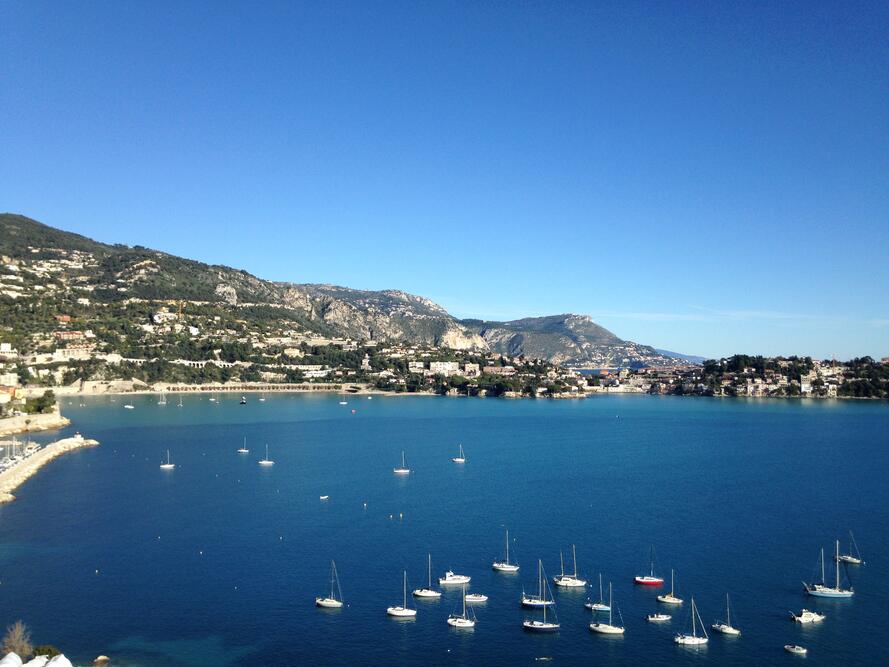 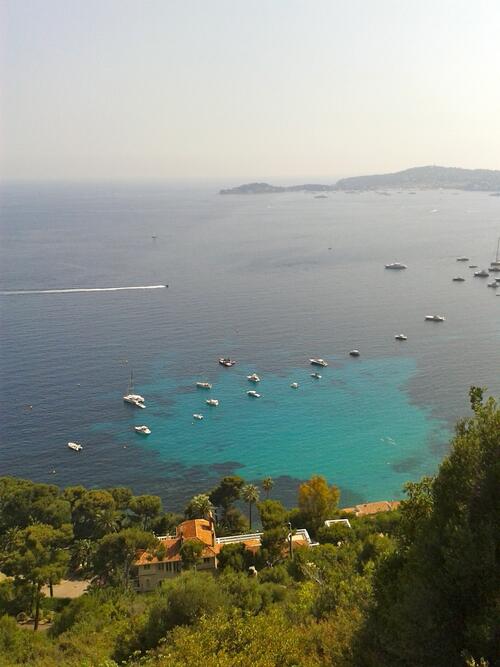 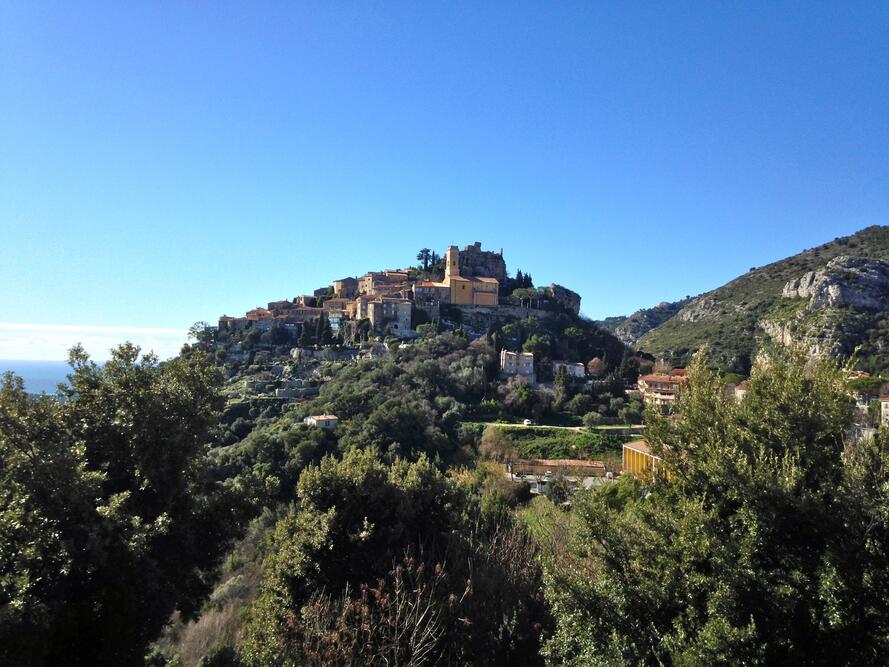 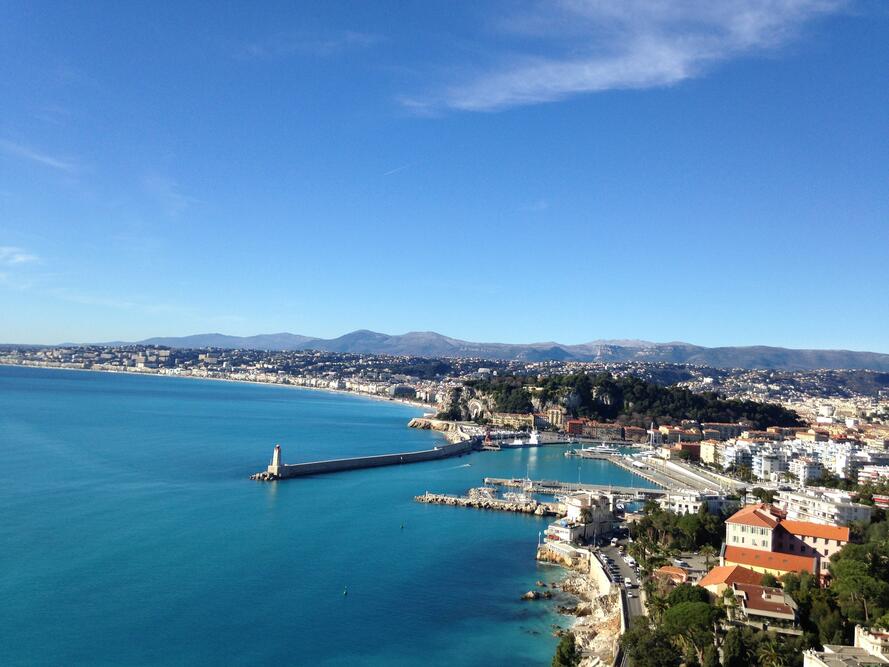 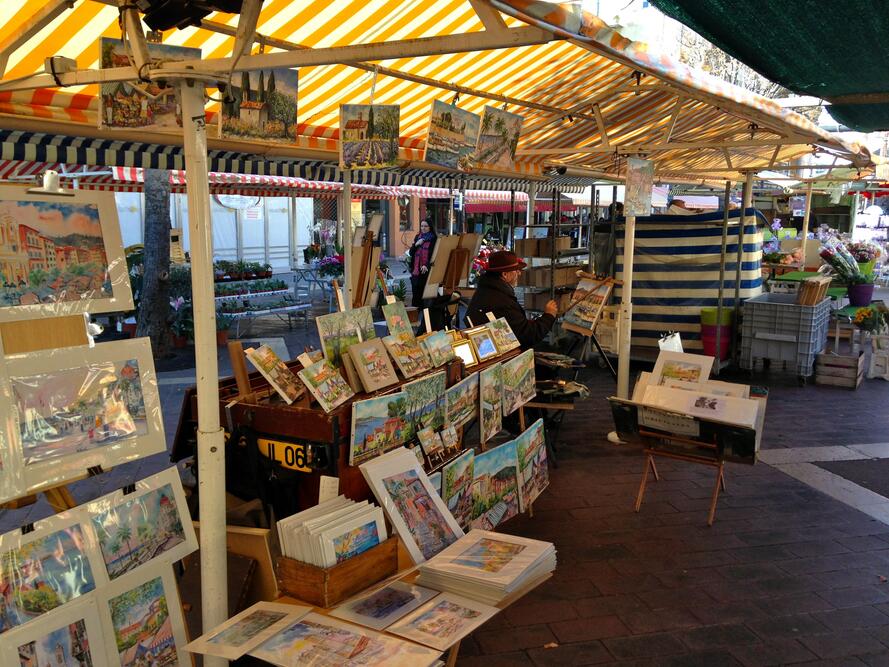 SUPPLEMENT PER TOUR: 50 EUR (departure outside of Nice)

You'll visit the Vieux Nice – the old town and its flower market. This market, located on the Cours Saleya, is a must-see in Nice. It is held every day, except Mondays, when the place is occupied by the antique fair. With this private tour, discover the Nice's Mont-Boron area where the rich and famous choose to live because of the breathtaking views of Nice, the port and the bay, which is also known as the Bay of Angels. In case you have seen Vieux Nice, we will show you the Cimiez area, the bourgeois and calmer side of Nice, where Queen Victoria, as well as other royal families and rich aristocrates used to come to spend long winter holidays.

You will be driven on the Promenade des Anglais, a seaside boulevard where the most prestigious hotels, including the Negresco Hotel, are located and the local population and tourists enjoy long walks, sports and do sunbath and swim. This boulevard, the symbol of Nice in the past and today, has been listed since July 2021 as a UNESCO World Heritage site.

The private tour will then take you to the Principality of Monaco, the independent State under the Prince Grimaldi's family rule for more than 700 years, and the member of the United Nations. You will visit the Old town of Monaco, the Prince Albert II's Palace (from outside, the visit inside is optional). You will see the Monaco Cathedral of Our Lady of the Immaculate Conception, also known as Saint Nicholas Cathedral of Monaco, where many of the Grimaldis were buried, including Grace Kelly and her husband the Prince Rainier III.

The private tour in Monaco continues with the visit of Monte-Carlo, a chic area in Monaco, with the historical buildings of Hotel de Paris and the Monte-Carlo Casino – the world’s most famous gambling place, dating from the mid-19th century. Get driven along the streets of Monaco and Monte-Carlo, where every year the Monte-Carlo Formula One race takes place and feel the racing spirit rising in you.

With this private tour you will also discover the picturesque village of Eze. The village's beginnings date from the 13th century. Tiny and stone paved streets lead to the summit of this medieval village where ruins of the old castle of Eze remain. When walking in Eze, admire the art galleries and the breathtaking views of the Mediterranean sea. The Côte d'Azur - French Riviera, and particularly the city of Grasse, is worldwide famous for producing perfume, and you can visit the perfume factory in Eze free of charge (optional).

In this private tour, we include the drive along the Moyenne Corniche road, located between Nice and Monaco. This road has often been used by movie directors (remember the older James Bond series and more recent, Transporter). All along this road, you will enjoy breathtaking views of the Côte d'Azur - French Riviera, the peninsula of Saint-Jean-Cap-Ferrat and the bay of Villefranche-sur-Mer. On this private tour you can stop whenever you want to take scenic pictures.

Our private tour Top of the Tops: Nice, Monaco, Monte-Carlo and Eze (8h) is a complete tour: you get the feeling of a regional capital (Nice), you discover the second smallest State in Europe after Vatican (Monaco) and finally you will be charmed by the ancient walls of a medieval and perched village (Eze). This private day trip to Nice, Monaco and Eze is easy for any participant, but Eze requires some walking. For those who can't walk much, they can stay with the driver-guide or chill-out in a nearby café.

If you are looking as well to book another private tour with us, and which includes the visit of Nice (for instance The Fab Four: Cannes, St-Paul, Antibes and Nice (8h)), then we will replace Nice by the city of Menton in this private tour (Top of the Pops). Menton is a beautiful French city by the sea, at the border with Italy and has a beautiful old part to discover or is a very good place to chill out as it has a special microclimate.

If you are looking for a personalised chauffeur-driven car service, we recommend you to consult our Private Chauffeur offers.

"This was a wonderful tour from Nice to Monaco that I would highly recommend. The vehicle was clean and comfortable; the tour guide was friendly and very informative; the scenery was spectacular!"

“Exellent tour to EZE and Monaco”

"We had a group of four participating a business event in Cannes. Asked Marsatis for a tour and got an exellent service. Wonderful guide with lots of insight about the area. Just great!"